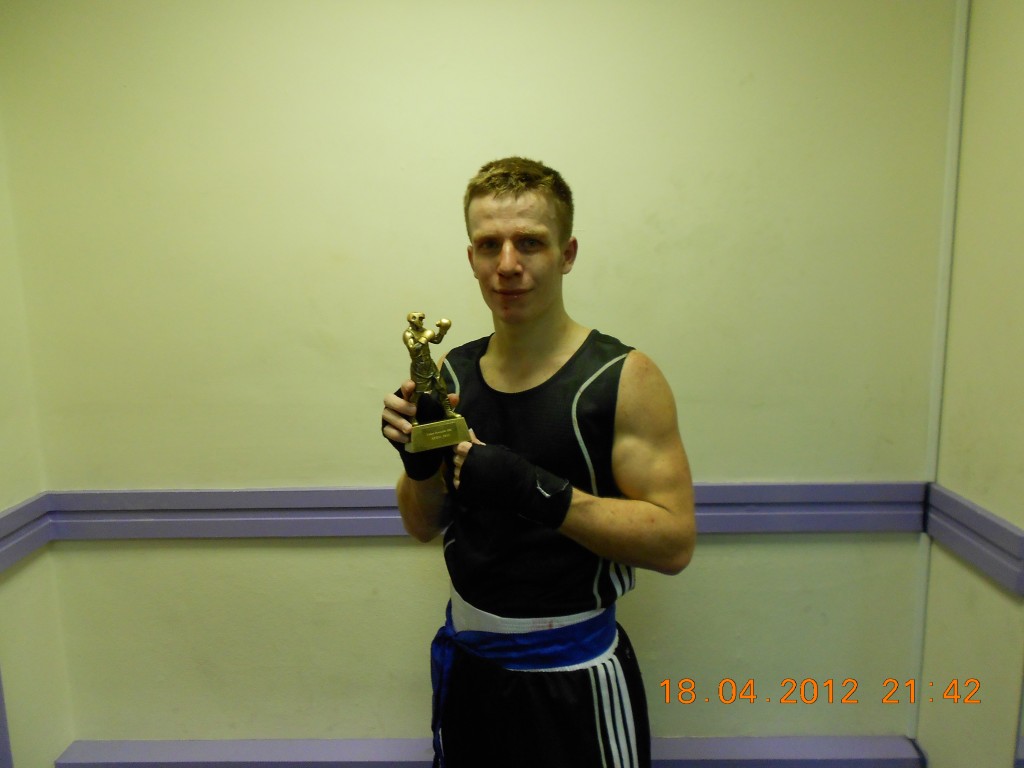 John with his trophy after his gusty performance.

On Wednesday evening gusty Ashford Boxer John Holt took a bout at short notice to travel too commercial road London, with coach’s Andy Wilford and Dennis Jarvis. To box 23 year old Billy Goodall 56kg of FISHER ABC. John lost a points decision to the home boxer, both boxers fought gamely from the start. Billy from his tall Southpaw stance trying to keep John at bay, whilst John tried to pressure his opponent. At the end of the contest the referee asked for everyone to show there appreciation for the two boxers and a fine display of boxing and sportsmanship .

Ashford Boxing Club attended the Kent Championships on Saturday 14th April. Two boxers weighed in for the championship event and they were Spencer Morrison and Bradley Ballantyne. Spencer weighed in at 52kg to compete in the 50-52kg category and went through to the next round on a walk over.

Bradley weighed in at 65kg to compete in the 63-66kg category. Bradley was matched against Westree ABC Kacey Knight 66kg. Round 1 saw both boxers start fast and looking to dominate, Bradley from behind a tight guard and Kacey from and upright and pushing forward style. Whilst the Westree boxer tried hard to push Bradley back, the Ashford boxer held his own with good three punch combinations to head and body. The round ended with both boxers feeling the pace. With the sound of the bell for the second round both boxers picked up where they left off, with Kacey looking to score to the head,   Bradley soaked them up with his tight defence then worked his way in behind his double jab. The round ended with both boxers still boxing at a hard pace. In the 3rd and final round Bradley was instructed by his corner to dig deep and push his opponent hard, he did this to good effect catching his man with solid right hand shots to the head for the majority of the round with the Westree boxer still gamely trying his best. When the final bell rang both boxers had clearly given there all. When the announcement was made for the winner of the Kent Novice Champion 63-66kg category 2012 Bradley’s arm was raised by way of unanimous points win. 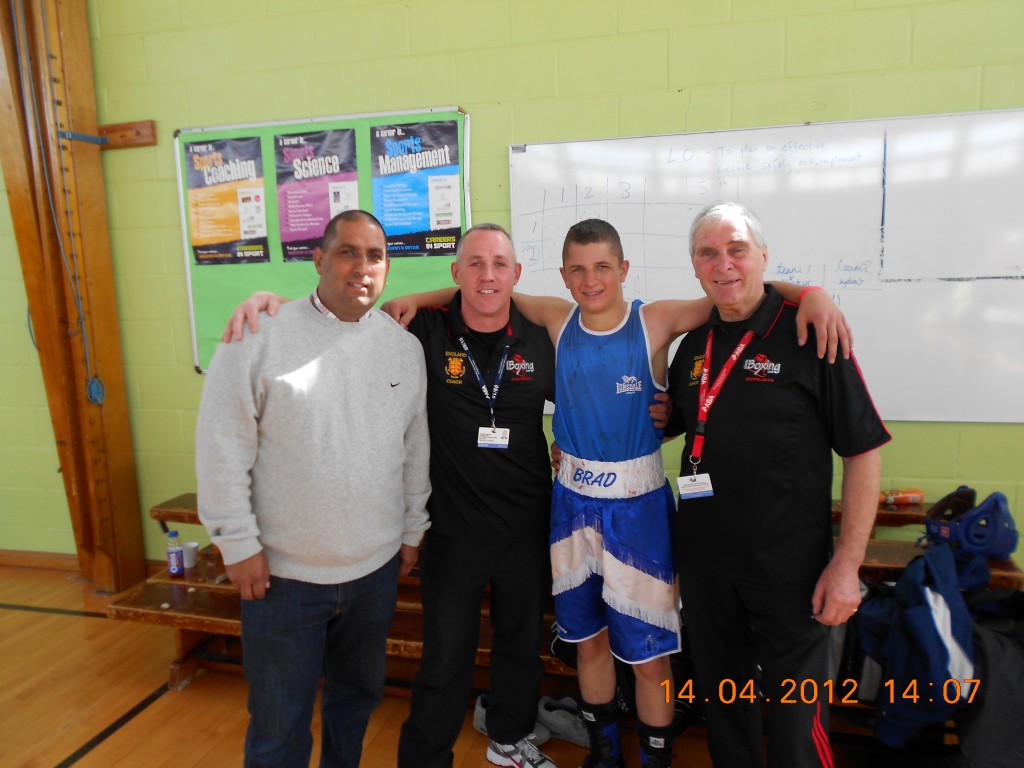 Ashford boxers Jack Stannard, Spencer Morrison and John Holt all boxed on Tenterden ABC open show on Saturday. First to box was young Jack Stannard in his second outing of the season, this was a skills bout against Jay Fuller of Chadwell St. Mary’s ABC. Both boxer’s put on a terrific display of Amateur boxing which recieved a tremendous applause from the paying crowed.

Third to box for Ashford was John Holt in his second contest of his amateur career. John boxed Folkestone’s Harry Gibson and gave away height and 2kg in weight. The bout was fast from the off with both boxers trying to gain dominance. In a very hard tough bout saw Harry Gibson edge each round to win a unanimous points win. 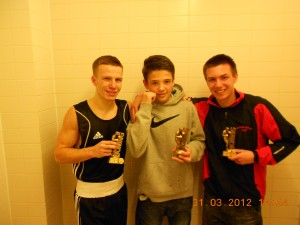